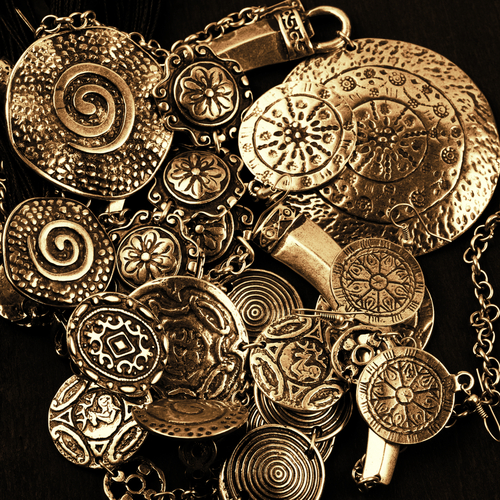 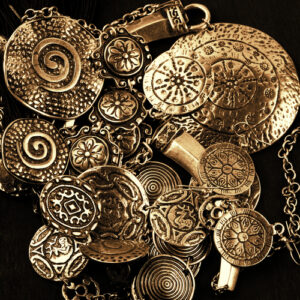 Metal is the strongest substance the world has to offer. There’s a reason that the different ages of civilization are specified by the metal used (i.e. Bronze Age, etc.) Metal has the power to transform societies and rearrange dominance. Metal is mined from the ground, smelted into its purest form, and alloyed as needed to create a better, stronger texture.

Since its discovery, metal has been the go-to substance for just about every tool needed to build, create, and conquer. It’s been the foundation of hoes, hammers, swords, and gears. Metal is constructed into colossal beams that form the skeleton of our highest skyscrapers, and used to form the miniscule circuits and boards needed to operate computers.

However, one of the most interesting forms of metalwork, still used today, is the place where decoration and function overlap. This may be in the form of beaten sheet metal, or in intricately carved wrought iron. Though canvas and paint deteriorate over time, metal endures. Because of its strength and endurance, metal art throughout the ages has been preserved for us to observe the craftsmanship and sensibility of ancient peoples. Here’s a brief overview of the evolution of intricate metalwork throughout time, and the legacy we still reflect today.

Soft, pure metals like gold and copper are found almost in their pure form in the ground. Copper was mined as long ago as 8700 B.C. when it was used for simple tools and decorative jewelry. However, it wasn’t until tin was added to the melted copper that people discovered bronze, a harder metal that could hold an edge. Metals began to be used for trade (and later, as coins) because of their great value, endurance, and flexibility. As the Iron Age dawned around the 8th century B.C., metal was more and more valued for its function in warfare, and its ability to display wealth and status.

Gradually, the skills needed to work metal became more and more highly valued by societies. Each country hamlet had a blacksmith, who, with a small forge, was able to create and repair basic tools needed for various trades.

People use a huge variety of techniques in order to work metal. Pressed into sheets, tempered in fire, and melted down entirely to form something new, metal was worked and re-worked in order to create swords, spear tips, knives, and lanterns.

Today, the process of metalwork is usually divided into three categories: forming, cutting, and joining. Techniques used for forming can include anything from pouring molten metal into a cast, to grinding it into powder form. Cutting is the process by which excess metal is removed from a formed shape. Finally, joining might include riveting or welding in order to bring pieces together and construct larger structures.

All three stages are needed for the construction of metal art, even today. Read our blog post next week to learn more about the use of metal design for decorative and functional household elements.

5 Everyday Things You Had No Idea Were Powder Coated